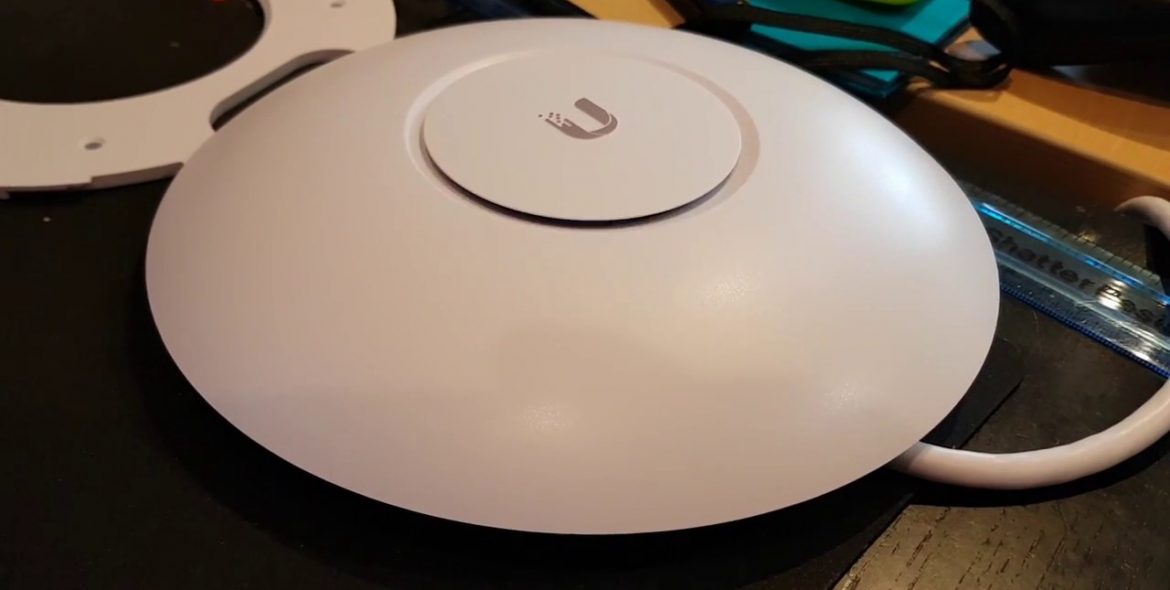 One of the largest parts of managing school IT is the network. As a part of the state of Maine MLTI program networking equipment was a large part of it. When I first came into the technology department one of our main frustrations was not being able to see into the network, especially when there was an issue. We always had to contact the state, wait for the reply, and then could move forward. When I took over the department the first thing I did was look into a new wireless system so we could remove the state system. I knew in a few years we were going to be on our own with the system anyway so if I could find something that worked we might as well switch to it sooner if we could.

I spent a few months researching different systems which most of them were great but also were not cheap. One system that jumped out was Ubiquiti equipment, specifically their Unifi line of equipment. When we started I was able to get a single access point (AP) for about $70 and there was no cost to the controller or software as long as you had a computer to run it on. We had a server with some space so we set up the controller and moved over to a Unifi WiFi system. Our school has two buildings so originally I installed the controller software on our elementary server to serve that building and the controller software at our high school to control that building. It was very easy to add the access point as the controller picked them up as soon as they joined the network. I went through and created the SSID’s that we wanted and off we went. Under the old system, we routinely had issues, usually minor, about once a month but with the Unifi system, it stayed rock solid for the first few years with zero issues. Well, we had a few issues but those were user-created errors on my part, not the Unifi system, also know as id10t errors!

As many districts and companies are moving over to cloud-based solutions for most of their services on-site servers for many places have been removed. We followed that same trend so we needed to find a new solution to host the cloud controller that manages the Unifi network. Originally I went with the Unifi Cloud Key which looks like a large USB dongle. It worked really well for a while but over time, especially when there were power outages it corrupted the database. About a year after we started using the Cloud Key they released a second generation which has a built-in hard drive and also a mini-battery so if the power goes out and doesn’t come back up within a few seconds it will go through a safe shutdown. Having the built-in SSD and that power features sold me. We have had it installed for a couple of years now and I have had zero issues with it.

If you are looking at doing your own WiFi I would strongly suggest looking at Unifi equipment. We have been starting the upgrade process to their newer access points for better speed and it has been an easy swap to move over to the new ones. The other thing I really like about Unifi is they have equipment to cover for just about every scenario you might come across. Due to the pandemic, just like other school districts we had to look into options for our graduation. We decided to live stream our ceremony from the soccer fields which sit about 450ft away from the school. After a bit of research we purchased to Ubiquiti Powerbeams and put one on the roof of the school and the other was attached to our scorers booth on the soccer field. The setup was pretty straight forward and mainly used an app they have for the Powerbeams and within a couple of hours I had 150mb/s down and up on the soccer field. You can plug a switch into the remote side so you can network out from there. I just plugged a network cable and ran it out to my laptop in the middle of the field. We did our live stream from there and the entire hour and a half ceremony stayed rock solid the entire time with no connection issues.

As a non-network trained individual I can’t say enough about Unifi as it is very easy to set up and maintain! If I come across any issues usually a quick search on their community sites provides the answer. If you are looking into an easy to manage system you rarely need to mess around with I would highly suggest a Unifi system! 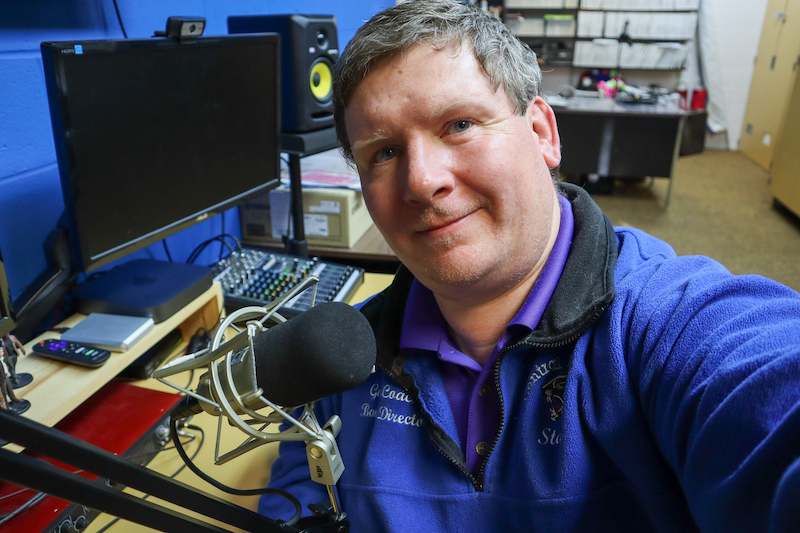 Welcome to AdamOnTech, this is a blog site for technology and education and where they meet.

New lights for my home studio, just testing 2 of m

A nice long walk with Coda today, finally getting

Check out my tutorial series on getting to know yo

A few years ago the shop class built an audio cart

My spinning shoes await the arrival of our new Pel

The joys of having a dog, it’s a late night due

Probably the final grill of the year!

A nice day to walk and play 9 holes!

Ready for the game!

Recording setup for my students so they can start

Last official round of the 2020 season!

Just happened to pass the hole at the right time!!

Finishing touches on my video set up for meetings,